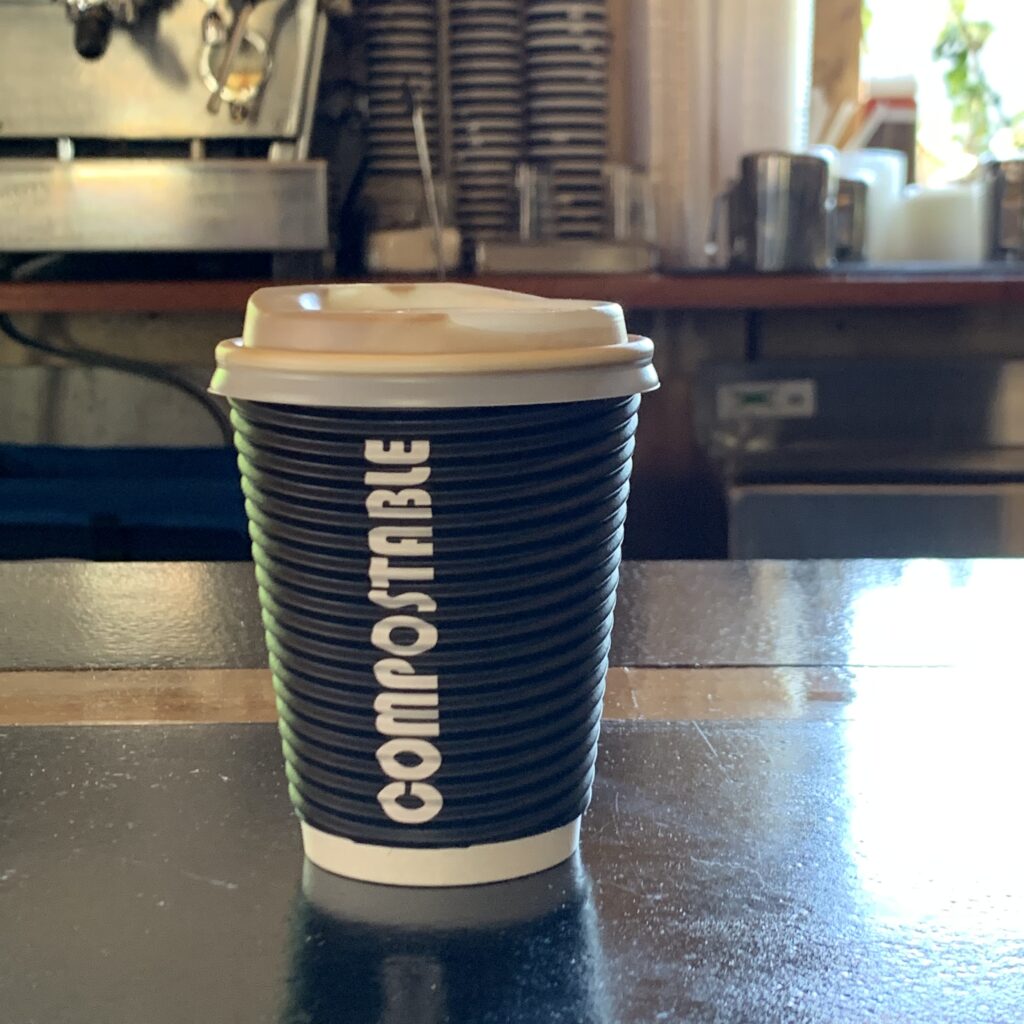 The paper to-go coffee cup became mainstream in 1987 thanks to one man’s decision — Howard Schultz. Then CEO of Starbucks, Schultz chose paper over styrofoam cups for the expanding brand’s beverage vessel.  According to research, each year the world disposes of 118 billion, hard-to-recycle to-go coffee cups. That number is slated to increase to 294 billion by 2025.

The paper to-go cups offered by most coffee shops consist of a paper shell lined with a fossil fuel-derived plastic coating like polypropylene or polyethylene. The mixed material creates a recycling challenge.  Successful recycling of mixed material cups requires a number of measures; first coordination by cities to collect and separate them from other waste, and second, special equipment that separates the paper portion from the plastic bit.  Due to the high costs associated with the process and a lack of access to necessary facilities, most of these cups end up in our landfills.

A Wisconsin-based company called Sustana has perfected the recycling process of to-go coffee cups. In 2018 they partnered with Starbucks, WestRock Paper Mill, and Seda to run a test project that successfully turned used Starbucks cups into new ones to prove the process was possible. Since then, several cities, Denver, NYC, Washington D.C., Seattle, San Francisco, Chattanooga, and Louisville, have instituted recycling programs, sending their coffee cups to Sustana where they’re turned into new fibers and paper.  It seems Starbucks prioritized profit over reducing waste as they didn’t continue the program. Starting next year, they will encourage people to bring their own reusable mugs for their coffee in an effort to reduce waste by 50% by 2030. Perhaps they will reconsider the program to divert another large percentage of their waste.

Recycling isn’t the only worry when it comes to to-go coffee cups.  The plastic film that lines the inside of the cup releases microplastics into your drink as they begin to break down. According to Good Start Packaging: A study published in the Journal of Hazardous Materials found that plastic films (polypropylene included) release microplastics. These are considered hazardous and present health consequences. Within just 15 minutes, the plastic lining begins to degrade. Just three hot beverages a day could mean that someone ingests a whopping 75,000 microplastic particles. Protect your health, reduce waste and protect the planet by implementing one practice into your routine, investing in, and using a reusable coffee cup.

Shop reusable to-go mugs from some of our favorite shops:

If you’re a coffee shop owner or manager, you too can take steps to reduce waste from throw-away coffee cups and eliminate microplastics altogether.  Make the switch to compostable cups and work with a local composting service to ensure they are returned to the earth. Here are some options: